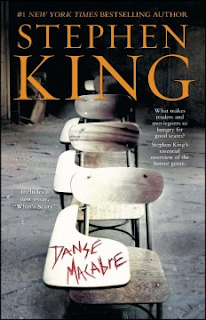 In Danse Macabre, Stephen King gives an overview of the horror genre from the years 1950-1980.  Originally published in 1981, the book functions as both a historical retrospective and a time capsule of the period it was written in, when Stephen King was new to his success and grappling with the issues of the early 1980's.

"Ranging across the whole spectrum of horror in popular culture and going back to the seminal classics of Count Dracula and Frankenstein, Stephen King describes in his ideas how horror works on many levels, and how he brings it to bear in his own inimitable novels."

Although this is an older title, it's a newer edition to our collection.  Check it out today!