Michelle recommends "The Wife Between Us" 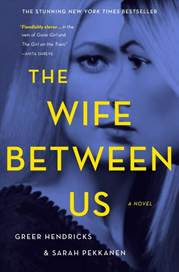 The Wife Between Us by Greer Hendrick & Sarah Pekkanen

This novel of suspense covers falling in love, getting lost in a marriage and recovering from heartache. The difference between the days before a wedding and the aftermath of a failed marriage start the story. It is not a love story, but a story of how love can change your life or a person. This is a very tough one to write about without giving away the twists and turns these characters send the reader through. And while the surprises were stronger in the early part of the book, right until the end it will take you in directions you do not expect.

If you enjoyed Behind Her Eyes by Sarah Pinborough last summer (here is our take on that title, Podcast), this title will also keep you wondering who you pity, who you like, who you hate, who is good and who is bad.

Recommended for Adults.
Posted by CMPL Staff at 3:24 PM No comments: 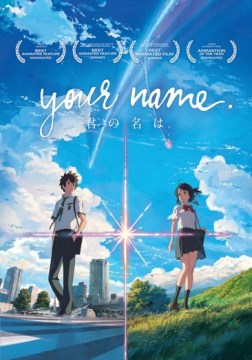 Imagine one day you wake up from a fuzzy dream you can't quite recall, and realize you're not in your own body. This is what happens to small-town shrine maiden Mitsuha and Tokyo part-timer Taki, two high-schoolers with nothing in common and no reason to swap bodies. After a few switches, they begin to write each other notes in their phones, notebooks, and even their bodies to find out who the other is. As they live each other's lives, they learn more about each other, and through this, about themselves. When a meteor passes by Mistuha's rural town and the body switching suddenly stops, Taki must find out what happened to her, and together they discover why they began to switch bodies.

'Your Name' is an animated feature that has received critical acclaim across the globe. It's the second-highest grossing domestic film in Japan, and its success spread across Asia , then Europe, and eventually to the United States. It has a 97% on Rotten Tomatoes, where critics say "It's both gorgeous enough and emotionally engaging enough to be worth seeking out.​" The New York Times calls it "a wistfully lovely Japanese tale", while the Atlantic says it's "a dazzling new work of anime".

Recommended for adults and teens.​
Posted by CMPL Staff at 5:59 PM No comments:

Kathy recommends "Playback" by Tom Petty and the Heartbreakers 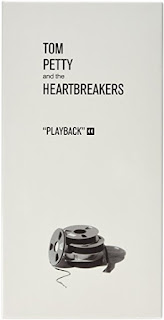 Even though we lost him much too soon, Tom Petty’s music is timeless and still lives on.  Several customers have told me this is one of the finest box sets they have ever listened to.  Very comprehensive from Petty’s early career with Mudcrutch to more recent works plus great live tracks.  Highly recommended. The first three discs are devoted to the must-have tracks from all of Tom's albums up through 1993, and then come the real goodies: a disc of rare B-sides and then two discs of unreleased tracks (27 in all!), including Elvis covers, curiosities like a pre-Stevie Nicks version of Stop Draggin' My Heart Around , demos, live takes and more, plus an 84-page color booklet.