This historical fiction novel takes place during then Princess Elizabeth’s (now Queen Elizabeth) wedding preparations. It highlights the often overlooked seamstresses and embroiderers that worked diligently and passionately to complete the beautiful gown designed by Norman Hartnell and the secrets behind it. It is also a story of friendship of two women who survived WWII and the hope and healing from their work together to complete a historical gown. Jennifer Robson gives us a glimpse of the past and wonderfully weaves us into this story of friendships, the gown, and the royal family.  Recommended for Adults.

Posted by CMPL Staff at 3:47 PM No comments:

Janet recommends "The Revenge of Magic"

This exciting story is the first book in a new series from James Riley, the bestselling author of Story Thieves. Fort Fitzgerald and his father are visiting the Lincoln Memorial in Washington, D.C., when giant magical creatures erupt from the earth. The creatures destroy the Memorial and the Washington monument. Fort’s father is lost when he is grabbed by one of the creatures and pulled underground. Six months later Fort is invited to attend the Oppenheimer School, a secret government school formed to teach magic spells. Students at the Oppenheimer school were born on the date several books of magic spells were discovered. Humans born before “Discovery Day” do not have the power to learn the magic. Fort discovers that the school has many dark secrets and that the students may be the only ones who can save Earth from the monsters. Fort is angry and wants revenge against the creature who took his father. He works hard at learning magic spells. Strange things start happening at the school and many there think Fort is to blame. Fans of Rick Riordan and magical fantasy will enjoy the adventure, humor and magical mayhem of the story and will eagerly look forward to the next installment in the series. Ages 8-12.

Posted by CMPL Staff at 4:04 PM No comments:

Kate recommends "Inheritance: A Memoir of Genealogy, Paternity, and Love" 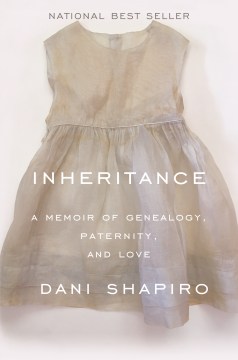 Inheritance: A Memoir of Genealogy, Paternity, and Love is Dani Shapiro's story of discovering that her father was not her biological relative. It starts with a casual DNA test on Ancestry.com and leads to a long journey through her family's past and the secrets they carried. As readers we come along for every new discovery, and ride the waves of grief with her as she accepts what she doesn't want to be true. Her parents have long since passed on, so she must do some detective work to get to the bottom of the story.  She also struggles with holding onto her upbringing while learning as much as she can about her biological father.   This is a memoir about her sense of identity being upended, and how she moves forward with a new sense of herself.

Posted by CMPL Staff at 9:33 AM No comments:

Popular Materials Book of the Month

We in the Popular Materials Department would like to recommend our new book of the month pick – How Not to Die Alone by Richard Roper.

A darkly funny and life-affirming debut novel for readers of Eleanor Oliphant Is Completely Fine the story of one man who is offered a second chance at life and love when he develops an unexpected friendship--if he can expose the white lie he told years ago that grew into so much more.

Andrew's day-to-day is a little grim, searching for next of kin for those who die alone. Thankfully, he has a loving family waiting for him when he gets home, to help wash the day's cares away. At least, that's what his coworkers believe.

Andrew didn't mean for the misunderstanding to happen, yet he's become trapped in his own white lie. The fantasy of his wife and two kids has become a pleasant escape from his lonely one bedroom with only his Ella Fitzgerald records for company. But when new employee Peggy breezes into his life like a breath of fresh air, Andrew is shaken out of his routine. She doesn't notice the wall he's been safely hiding behind and their friendship promises to break it down.

Andrew must choose: Does he tell the truth and start really living his life, but risk losing his friendship with Peggy? Or will he stay safe and alone, behind the façade? How Not to Die Alone is about the importance of taking a chance in those moments when we have the most to lose. Sharp and funny, warm and real, it's the kind of big-hearted story we all need.

“Roper’s delightful debut is as funny as it is touching. . . . This story of a neurotic, tenderhearted man struggling to learn how not to be alone is irresistible.”
—Publishers Weekly

“Quirky and heartfelt . . . . Andrew's past traumas are revealed gradually, and the reasons behind his isolation are heartbreaking and poignant. A moving and funny look at grief, hope, and the power of human connections.”
—Kirkus Reviews

"Richard Roper uplifts the human spirit and shows us how to embrace life and hope in his wickedly witty debut.”
—Phaedra Patrick, author of The Curious Charms of Arthur Pepper

“A lively blend of humor and earnest emotion. . . . As Andrew slowly comes to grips with being his true self, without pretense, readers will root for him to find liberation and love. A wry, humorous story.”
—Shelf Awareness
Posted by CMPL Staff at 10:28 AM No comments:

This is based off of the first arc of the New 52's Batman run, of the same name.  However, that's where the similarities end, since this has it's own story that takes place after the events of the comics.  The villains are already established.

What you will need to know about the kind of villains that Batman is facing off against (in the event you are not familiar with this particular arc) is that they are an age old organization called the Court of Owls.  They are an organization made up of aristocrats, known as the parliament, who's plan is to have control and power from the shadows.  They were once considered to be a myth.  A grim nursery rhyme in fact.  That was until they made themselves know to Bruce Wayne and by extent Batman and the Robins (current and former), Batgirl, and some associates/friends of them.  The Court of Owls has a group of assassins under their control, known as Talons, who are essentially immortal (with s and are the ones that do the Parliament's bidding.  which includes "silencing" people who they no longer have use for or wish to dispose of.  It's also worth noting that one of these Talons is the great-grandfather of Dick Grayson ,the original Robin and the original (and current) Nightwing, and it was intended that he would be come one as well.  Had his parents not been murdered and Dick being placed in Bruce's care that is.

This book starts off with the brutal murder of a college professor and the theft of some files on his students.  As Batman begins to investigate, he finds that one student, Joanna Lee, has apparently gone missing.  Bruce knew her since he was a sponsor her for college after saving her one night that ended in the death of her parents.  And on top of that, the same Talon behind the murder of the professor attempted to abduct her roommate Claire Nesko in order to get some information.  As Batman continues to investigate Joanna's disappearance, and why the Court of Owls is so interested in her, as well as what caused the victim's to spontaneously combust, he does decided to do some investigating on Percy Wright (who Joanna was doing her project on) and how he ties into it.  We also get a few chapters that give a glimpse into the Percy's past and how his work relates to the present day (in the book).

The Court of Owls arc was one of my favorite arcs set during DC's New 52 run, mostly for the characters, the history of this organization, and how it affected the Caped Crusader and his extended family. But even if it wasn't, I would still think this is a good book.  It had a well written story and the mystery mixed with the included history/flashbacks I found really interesting.  It also had good action in it and the characters were well written.


This is a book meant for a more Adult audiences given it's content, but could also be read by older teens.
Posted by CMPL Staff at 2:27 PM No comments:

Husband, father, journalist, author, epileptic.  Kurt Eichenwald’s epileptic seizures started freshman year in college and he fought unbelievable obstacles to find the proper treatment and complete his education.  Some of the things that happened to him were of the ‘truth is stranger than fiction’ type, too bizarre to be believed.  Throughout his career he fought to overcome the stigma and handicaps associated with epilepsy and persevered to have as normal of a life as possible.  Because he knew his memory was not reliable, he kept diaries and tape recordings.  This gives validity to his recall of events in the distant past and helped him in his fights for justice.  If it hasn’t affected you personally, it makes you realize how important health insurance (with pre-existing conditions) and the ADA (Americans with Disabilities Act) are.  Everyone deserves an equal chance.  This should be recommended reading for all adults & teens.

Posted by CMPL Staff at 3:35 PM No comments:

If you love a feel-good story, you’ll love Hallmark Audiobooks!

These new audiobooks are adapted from Hallmark movie storylines, capturing  “the timelessness and emotion of a Hallmark story in audiobook form,” according to the publisher. Three titles have already arrived at the library: “The Secret Ingredient,” by Nancy Naigle, “A Dash of Love” by Liz Issacson, and “Moonlight in Vermont” by Kacy Cross. Additional titles will arrive throughout the summer. See the list of all these stories, and check out a happily-ever-after! 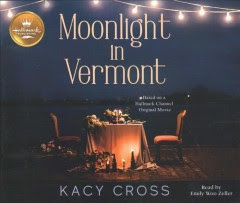 Posted by CMPL Staff at 4:29 PM No comments:

Miss Lynn recommends "A Story About Cancer With a Happy Ending" 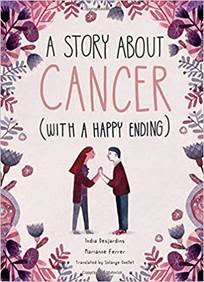 As the mom of a teenager with cancer, this YA graphic novel really hit home for me.  It is a short but very realistic read that made me cry but left me with hope.
Posted by CMPL Staff at 9:44 AM No comments: