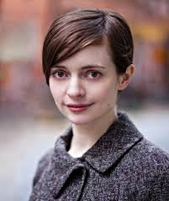 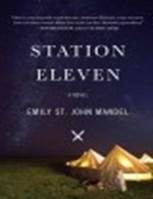 “When I first visited the Michigan lakeshore on a book tour in 2010, I liked it so much that I decided I wanted to set my next book there, and I’ve taken every possible opportunity to return to the area since then. I was delighted by the news that Station Eleven had been selected as a Great Michigan Read, and I’m very much looking forward to spending more time in Michigan over the coming year. It’s an honor to have been selected, and I’m deeply grateful.” ~ Emily St. John Mandel

“This novel examines the collapse of civilization after a deadly flu wipes out most of the world's population. Moving gracefully from the first days of the plague to years before it and decades after, Mandel anchors the story to Arthur Leander, a famous actor who dies of a heart attack while playing King Lear on stage.”  The subject matter of this book was not normally something I would have read.  However, it was my book club selection and to my surprise, I read the book in one sitting!  I was entranced by the story and thought about it for days afterward.  Beautiful, compelling, and entirely plausible.  ~ Kathy

For more Librarian recommendations, CMPL is pleased to present Chapter One on Wednesday, May 4, 2016 at 7 pm in the Main Library Auditorium.  Four librarians will booktalk their favorite titles over the last six months. We will include fiction, nonfiction, and audio selections. You may bring a title to share with us!

Posted by CMPL Staff at 6:29 PM No comments:

The lunar chronicles take place in a futuristic setting where the moon has been colonized, and tensions have grown to the brink of war between Earthens and Lunars. The story revolves around four strong young women- Cinder, a cyborg from the Eastern Commonwealth; Scarlet, a feisty pilot from France; Cress, a genius hacker lunar who was kept hidden in a satellite; and Winter, the beautiful princess of Luna. Each of the four books introduces a new character and builds upon the story, a story of war and revolution, a story of love and loss. Many secrets are hidden in these pages, and the only way to learn them is to read this sci-fi re-telling of Cinderella, Little Red Riding Hood, Rapunzel, and Snow White.

Posted by CMPL Staff at 1:37 PM No comments: