Alicia recommends "Leave the Gun, Take the Cannoli: The Epic Story of the Making of The Godfather" by Mark Seal

I'm gonna make you an offer you can't refuse, you will enjoy this dramatic story of the making of the first movie of the Godfather trilogy.  Learn how the movie was almost not made, how the politics of Hollywood almost derailed the movie, and how the Mob was involved with the making of the movie and the actors in the movie.  Mark Seal compiles interviews with the cast and crew and primary sources to make a readable book. Take a walk back in time, almost 50 years ago, to learn how the movie's famous lines evolved, such as, "leave the gun, take the cannoli." 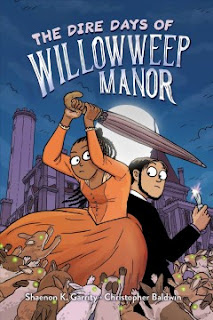 One dark and stormy night, Haley sees a stranger drowning in the river. Since her greatest passion is Gothic romance novels, she knows her moment has come. But when Haley leaps into the water to rescue the stranger, she awakens in Willowweep. It certainly looks like the setting of one of her favorite books: A stately manor. A sinister housekeeper. Three brooding brothers. There's even a ghost. Except Willowweep is not what it seems.

The Dire Days of Willowweep Manor is a lighthearted parody of Gothic romance novels such as Rebecca, Wuthering Heights, and Jane Eyre.  It's a great Fall read for those who don't want to be scared, but enjoy a spooky atmosphere every so often.

Posted by CMPL Staff at 5:33 PM No comments: 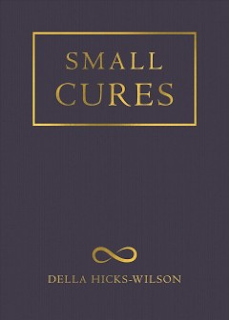 Accessible and comforting, yet powerful and honest, these poems really might be “small cures” for a broken heart. Whatever the source of grief, the poet’s compassionate message of self-love can soothe the pain and remind readers of their own strength.

survival isn’t something you do.

survival is what your heart is made of.

Posted by CMPL Staff at 5:25 PM No comments:

The book had me guessing from page one! It is great storytelling paired with an outlandish premise sprinkled with characters you love to hate and hate to love. If you are in the mood for a mystery thriller that doesn't stop, this is your book!

Posted by CMPL Staff at 5:20 PM No comments:

Between Two Kingdoms by Suleika Jaouad is a profound chronicle of survivorship explored in a fierce, tender, and inspiring way of what it means to begin again. It is an awesome, graceful and tear-jerking book that delivers a clear view into the kingdom of illness.  We plan many things in life and sometimes it doesn't go as planned. In this book Jaoud portrays her personal story of life and death and how she handled the situation with courage.

I recommend this book as a good memoir of a life interrupted.

ADULT
Posted by CMPL Staff at 4:41 PM No comments: 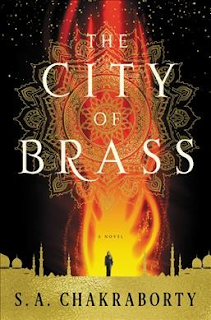 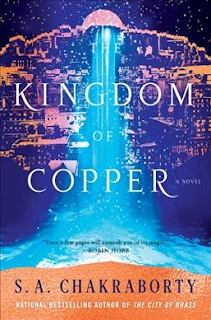 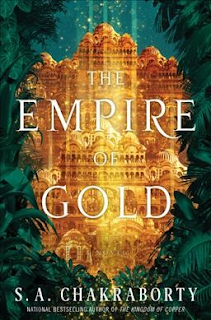 I am someone who will always look for a good fantasy book or series to try.  Lord of the Rings, The Hobbit, The Silmirilion, Game of Thrones, and the Alpha and Omega by Patricia Briggs to name a few.  I picked up The City of Brass because it sounded like a good story.

Nahri's life is thrown into a world of magic, conflict, and a world of myths after she unintentionally summons Dara, a Djinn (or Daeva as he prefers to be called).  From there, she is pulled from her life in Cairo and brought to Daevabad, a place plagued by division.  Along the way she finds out that she is a Nahid, a magical healer, and a Shafit, someone who is half human and half Djinn.  She finds herself making through her life in Daevabad after she is forced into an arranged marriage with the king's eldest.  All the while, Dara finds himself on the side of his people, who wish to overthrow the king and hopefully save Nahri.  And then there's Prince Ali, who finds himself in a new situation after he is exiled.

The Daevabad Trilogy mixes Middle Eastern Myth, action, love, and a pinch of historical fiction and is recommended for anyone looking for a good fantasy series.

Posted by CMPL Staff at 3:08 PM No comments:

Written by Rachel Faucett, The Handmade Charlotte Playbook: Crafts, Games, and Recipes for Families to Do Together Throughout the Year is exactly what the title implies with over 100 activities.  This book is for families with children under 12, grandparents and parents looking for activities and creative outlets for the kids. The book is arranged alphabetical but also includes several indices including projects, seasonal, holiday and recipe types.  Filled with color photos and step-by-step directions, even those who are not very crafty can create a fun, wholesome project with their kids.  Try the Hot Potato Game, the tasty cucumber cakes, or get adventurous and make a unicorn puppet.  Recommended for all ages.

Posted by CMPL Staff at 9:20 AM No comments: