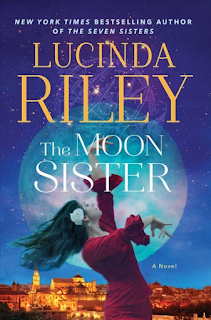 In this book, we follow Taygete (Tiggy) D'Apliese, a wildlife consult who finds herself in the Scottish Highlands assisting a man named Charlie Kinnard.  Along the way, she meets new people and is introduced an old Romani man named Chilly.  In PA Salts letter to her, he discusses how he found her and how her case was a bit different from the others.  How he was able to adopt her with the promise that one day, she may reunited with her people (the Romani and her family).  As she gets more familiar with Chilly, he believes he too has a part in it.  After some issues arise after she is shot while attempting to protect a rare white stag (a male deer), Tiggy finds herself traveling to Granada, Spain to continue on her self discovery.  She also reunites with the second eldest of the sisters (Ally) and eventually finds love.

Starting from her birth in 1912, we get to learn about Lucia Amaya-Albaycin, a young Romani girl who is a gifted flamenco dancer making her way in the world.  Even though she is born in a poorer Romani community just outside of Granada, in an area known as Sacromonte, she's destined to go far.  Along the way we find out about the troubles between her parents, he lose of a sibling, and the struggles she faces.  With World War 2 acting as a backdrop for a portion of this segment in Lucia's adult years.

How these two are connected is interesting.  Lucia is a determined dancer and Tiggy an intuitive and generally kind character.

This is the fifth installment in Lucinda Riley's Seven Sisters series, and a book more geared towards Adult audiences.  It can be found in both regular and large print.
Posted by CMPL Staff at 9:48 AM