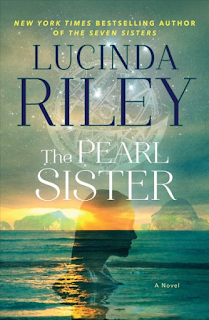 ​The fourth installment of Lucinda Riley's Seven Sisters series.  This time, we get to witness the story of the fourth sister, Celaeno, or Cece for short.

Picking up from her departure in Shadow Sister (the third book), we see Cece traveling to Bangkok for a few days before flying off to Australia to look into the clue Pa Salt gave her about her past.  While in Thailand, she goes from a hotel where an old friends works to a brief stay with a man named Ace after the receptionist kicks her out before Christmas.   There, they get to know each other and a bit of a romance begins to blossom.  Ace decides to do some looking into Kitty McBride, the name Pa Salt gave her to look into when she goes to Australia.  As Cece travels to Australia, she learns more about Kitty McBride while dealing with the discovery that Ace was actually a wanted man and discovering that she had been photographed with him in the newspapers.  She keeps tabs on that for a while, while also looking into Kitty McBride with some help from a woman named Chrissie.  Along the way she will also meet an older gentleman tied to Camira and makes a visit to Ace after Cece's birthday party back at Atlantis (Pa Salt and the girls' home) before returning to Australia in the end.

For this books journey in the past, that's the character we get to follow.  Kitty McBride is the daughter of a clergyman from Scotland.  She is sent to live with an associate of her father, Mrs. McCrombie, not too long after finding out a secret about her father when she witnesses her father in town.  This arrangement brings her to Australia where she meets Mrs McCrombie's nephews, Andrew and Drummond.  Along the way, she is given the opportunity to wed one of them.  After marrying Andrew, she finds herself applaud by the treatment of the Aboriginal people there.  She later brings home a woman named Camira, who like her is pregnant.  We get to see their lives over the course of a few years along with a reappearance of Drummond and the tragedy and turmoil that follows Kitty.  The love and loss her son Charlie goes through and what happens to Camira's daughter.

This story is one about connections, and it was interesting to see the connections both Cece and Kitty made.  As well as how Cece is connected to Kitty and Camira.

This book is meant for an Adult audience and can be found in both regular and large print.