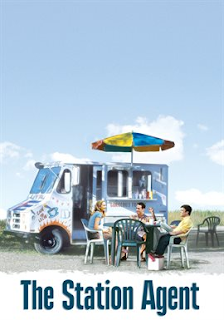 This independent comedy/drama from 2003 included a breakout role for Peter Dinklage, later known for his unforgettable performance as Tyrion Lannister in Game of Thrones.  In The Station Agent, he plays a reclusive train enthusiast working in a hobby store who prefers a solitary life, or so he thinks.  When he inherits a residence in a small train station, his outlook begins to change.  Although he is at first annoyed by his new neighbors, including a talkative food truck operator and the local librarian, he begins to realize that maybe life can be better with some friends.  Also starring Bobby Cannavale, Michelle Williams, and Patricia Clarkson.  Recommended for Adults and Young Adults.  Available on Hoopla.