Martin recommends "Sweet Dreams: The Story of the New Romantics" 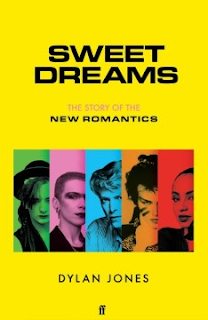 Sweet Dreams: The Story of the New Romantics provides an in-depth look at a decade-long period of the music and cultural scenes of Britain. Author Dylan Jones zooms in on the period from 1975 to 1985 and the second invasion of British music. This study goes from the heyday of punk to the peak of new-wave, through the birth of MTV and the culmination of Live-Aid.

Written in a style reminiscent of a documentary script,  Jones presents the reader with an eye-witness account of this period by those who were key to it.  Through interviews, the reader hears from the likes of David Bowie, Bryan Ferry, Adam Ant, Martin Fry, Malcolm McLaren, Sade, the members of bands like Culture Club, Duran Duran, the Eurythmics, Heaven 17, Spandau Ballet, and so many more.

For someone like me who is a music-nerd that came of age during this particular decade, this book is a fascinating read.  Even if you think you know a lot about these artists and their albums, I can guarantee you will find a number of interesting nuggets of trivia within these pages.  It might even inspire you to revisit some of your favorite music from this period.

Posted by CMPL Staff at 2:44 PM No comments: 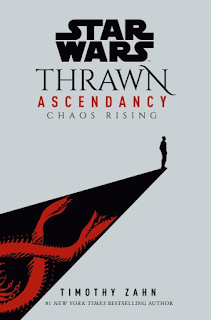 Beyond the edge of the galaxy lies the Unknown Regions: chaotic, uncharted, and near impassable, with hidden secrets and dangers in equal measure. And nestled within its swirling chaos is the Ascendancy, home to the enigmatic Chiss and the nine ruling families that lead them. The peace of the Ascendancy, a beacon of calm and stability, is shattered after a daring attack on the Chiss capital that leaves no trace of the enemy. Baffled, the Ascendancy dispatches Thrawn, one of its brightest young military officers, to root out the unseen assailants.

I'm making an effort to read through the  Zahn's Thrawn books. And since I haven't read much of the newer books, I thought I would read this new release.  I really enjoyed this.  It intersects with Clone Wars briefly and we get to see the Chiss society expanded on since Thrawn has been reintroduced to the canon (when Disney bought Star Wars pretty much all of the novels and games before the merge were designated as "Legends" and no longer canon).  I liked how it was divided into two parts, memories and the present time of the novels.  And while Thrawn's character is explored through characters who interacted with him rather than the character himself, it was still a neat read.

This can be found in our Adult Science Fiction section, but Teens could also read this.

Posted by CMPL Staff at 5:29 PM No comments: 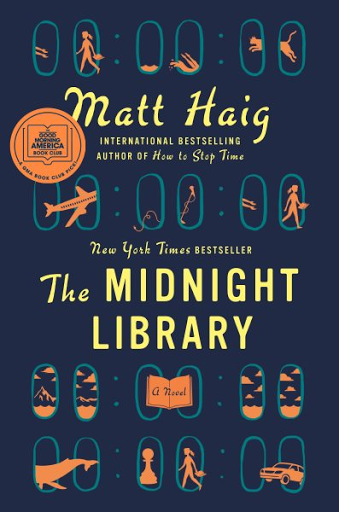 It's the time of year when It's a Wonderful Life is somewhere on television. This novel is the book equivalent of the movie classic. Nora Seed lives a life of regret. Of things she has done and things she has not done. In a fit of despair, she makes a choice that leaves her between life and death; enter The Midnight Library. In the Midnight Library you can examine your life and see what life would be like if you had chosen differently. Once you find complete happiness, you stay in the life you have chosen, slowly forgetting that it wasn't quite the life you lead to begin with. Nora pops in and out of lives, trying on different versions of herself.
This novel was interesting and a very quick read. I was able to read it in an afternoon because it was engaging and interesting. Recommended for adults with the warning that suicide is a plot point. 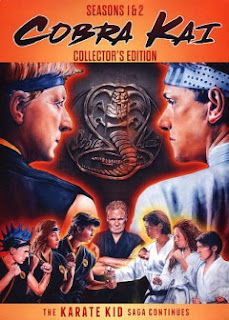 Looking for a new show to binge?

Cobra Kai is a reboot of “The Karate Kid” that flips the classic ‘80s movie on its head. The show springs viewers forward 25 years to find Johnny as a washed-up, alcoholic handyman and Danny as a successful car dealership owner. Though they haven’t seen each other in years, their rivalry is rekindled when Johnny opens a new Cobra Kai dojo. However, this time Johnny is the underdog, teaching a rag tag bunch of kids who get bullied at school, while Daniel has all the advantages of money and success.

Johnny is pretty rough around the edges, and his teaching style is aggressive and even offensive. But slowly, he discovers his own heart of gold while trying to get his life on track and repair his relationships. This might make the show sound serious but overall it’s quite funny, gently making fun of the tropes it embraces, and all the over-the-top qualities of teen drama.

The actual actors reprise their roles from the 80s, and footage from the movie is woven in making for silly, funny, nostalgic entertainment.

There is language that parents might find objectionable, as well as some mature situations and of course, lots of fighting to resolve problems, so I’d recommend this show for teens and adults. 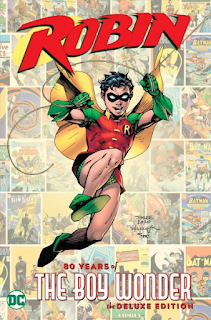 This year marks the most iconic sidekick's 80th birthday.  And what better way to celebrate than a collection of 80 years of comics.  This serves as a collection of Robin tales over the years.  Starting with the introduction of Robin in 1940's Robin the Boy Wonder (Detective Comics #38) and includes issues from the Silver and Bronze Age, Modern Age Comics and a few issues from various New 52 and Rebirth titles.  We get to see the five main Robins for an issue or two.  Those being: Dick Grayson, Jason Todd, Tim Drake, Stephanie Brown, and Damian Wayne.  Robin: 80 Years of the Boy Wonder is an enjoyable commemorative of an iconic DC character.

Fun Fact: I believe the Robin on the cover is Jason Todd.  It could be Dick Grayson as both had a pretty identical outfit back in the day, but how the two pieces in the front curl, that was a distinct feature of Jason Todd's Silver Age Robin look. 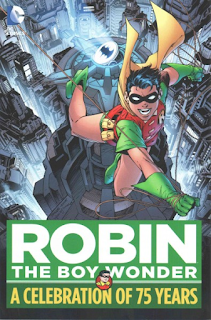 Robin the Boy Wonder: A Celebration of 75 Years collects a number of the iconic Robin stories over the first seventy five years of Robin's real world life (1940 to 2015) and includes pretty much everyone who took the title of Robin (Dick Grayson, Jason Todd, Tim Drake, Stephanie Brown, and Damian Wayne as well as Carrie Kelley) gets their own section.  These include Robin's first appearance, the iconic end to Jason Todd's run in Death in the Family, Tim's introduction in Lonely Place of Dying and Damian's introduction in Batman and Son to name a few.  An for those of you who are staunch defenders of Stephanie Brown as Robin, there is an issue or two of her time in here as well.

Fun Fact: The Robin on the cover is probably the first Robin, Dick Grayson.

Posted by CMPL Staff at 7:53 PM No comments:

What image comes to your mind when you think of Mehndi? This plant-based dye, also called henna, is used on the skin to create intricate designs. Primarily meant for girls/women, brides in India wear mehndi on their hands and legs as part of the wedding look. Mehndi often signifies a celebration or rite of passage and wedding guests may also wear mehndi. This tradition is not just seen in the Indian culture, but in many other cultures around the world as well.
"Mehndi for the Inspired Artist" presents artists with a step by step approach for creating a variety of traditional and modern mehndi designs.  Artists can learn to incorporate their designs into DIY art projects for a personal touch. This is a perfect holiday gift for your loved ones this season - you can create mehndi designs on candles, mason jars, jewelry and stationary.  This book, with contemporary mehndi designs, is sure to inspire henna enthusiasts and artists of all ages!

Posted by CMPL Staff at 1:33 PM No comments:

Kara recommends "A Kids Book About Racism" by Jelani Memory 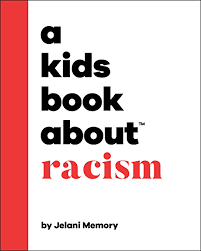 This book is a great way for adults to start a discussion about racism with children.  It provides a description of what racism is, how it makes people feel, and how to recognize when it happens.  It is appropriate for children of all ages.